Read the paper “Application of Augmented Reality in Percutaneous Procedures—Rhizotomy of the Gasserian Ganglion” . 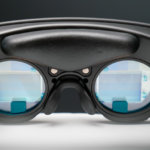