From Management Associate to Human Resources

Human Resources is an essential team at Brainlab. For nearly 15 years, Gabriela has been an integral part of that division, helping to shape the company and its passionate employees into the group we are today. Here is Gabi’s story: 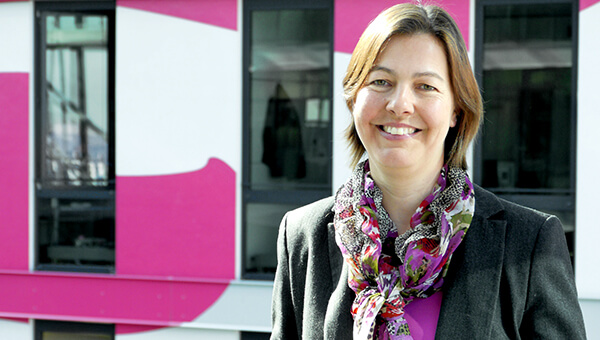 When I was invited for an interview at Brainlab, I had, in fact, already decided to accept the offer of another company. Nevertheless, I wanted to at least have a look at Brainlab.
After the interview, I was immediately convinced that this was the kind of environment I wanted to work in – creative and enthusiastic people and products with an impact. On April 1, 2000, I started working for Brainlab as a Management Associate – my first job after my studies. A few weeks later, I got the opportunity to move to the HR department, which was a one-man-show at that time. A few more weeks later, I became the one-woman-show in HR, as my colleague took over a new position in another area.

I very much enjoyed facing such a challenge – although I felt a bit like I’d been thrown into the deep end – I was building the HR department from almost the ground up and getting a lot of autonomy to implement my ideas. In the first few years, recruiting was the main focus, as Brainlab nearly doubled in size annually. Today, we have a team of ten at Brainlab headquarters which deals with a broad variety of HR topics internationally. I went on parental leave twice for one year and both times had the chance to return and pursue my career without restriction.
I am still thrilled to work for Brainlab, as I have never stopped learning new things and am still challenged daily; but mainly because it is fun coming to work every day.