October 17, 2022
From October 15th -16th, 2022, the YES!CON 3.0 took place at the Brainlab headquarters in Munich-Riem. For the third year in a row, individuals with cancer and their families, influencers and experts from the world of politics and medicine gathered together to exchange ideas, further educate themselves, and advance the fight against cancer. Nearly 1,000 visitors participated onsite in panels, readings and workshops, while many more spectators joined the event online. YES!CON was organized by the non-profit organization yeswecan!cer, which supports people affected by different types of cancer.
Stefan Vilsmeier, President and CEO of Brainlab, opened the event with a short talk on “Digitalization in Medicine,” a general theme of the event this year. This was followed by a panel covering a similar topic, “How is Germany Going Digital?” with the German Federal Minister of Health and sponsor of the event, Prof. Dr. Karl, who discussed accelerating the digitalization of healthcare and the introduction of electronic patient records for cancer patients in Germany.
The list of high-ranking speakers this year included the Minister-President of Mecklenburg-Western, Pomerania, Manuela Schwesig, Bavaria’s Minister of State for Health and Care, Klaus Holetschek, and fashion designer and TV presenter, Guido Maria Kretschmer.
For more information and the event recordings visit: https://www.yescon.org/yescon-2022/

Atrium of the Headquarter 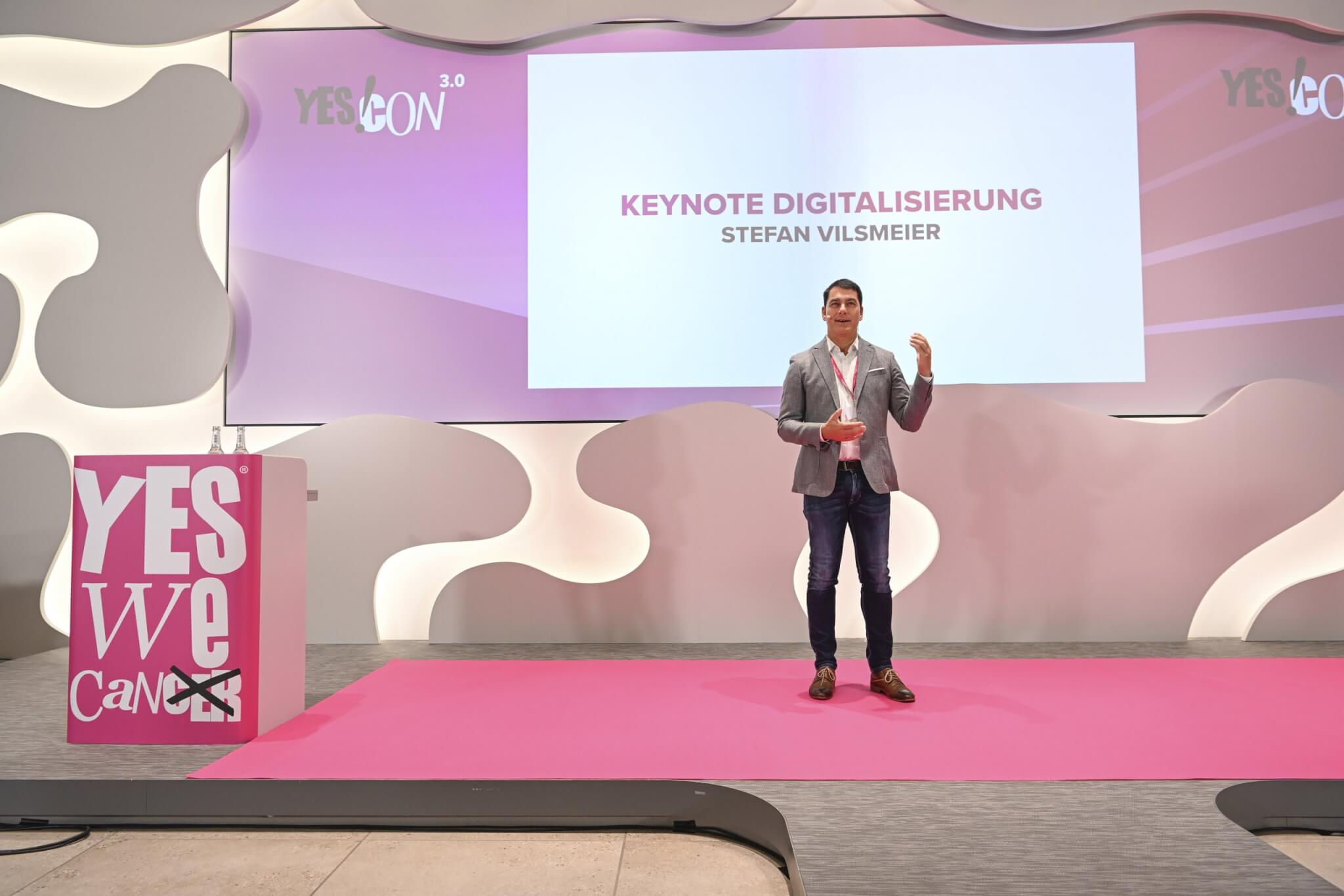