Professor Veit Braun, MD , is the Head of Neurosurgery at the Jung-Stilling-Krankenhaus in Siegen, Germany. His work focuses on functional neuronavigation, especially relating to tumor resections in the brain, functional restoration of injury to the peripheral nerves and the treatment of aneurysms. He is a member of numerous societies including the German Society for Neurosurgery (Deutschen Gesellschaft für Neurochirurgie) and the German Society for Computer and Robot-assisted Surgery (Deutschen Gesellschaft für Computer- und Roboterassistierte Chirurgie). 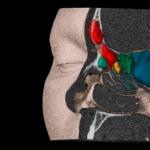