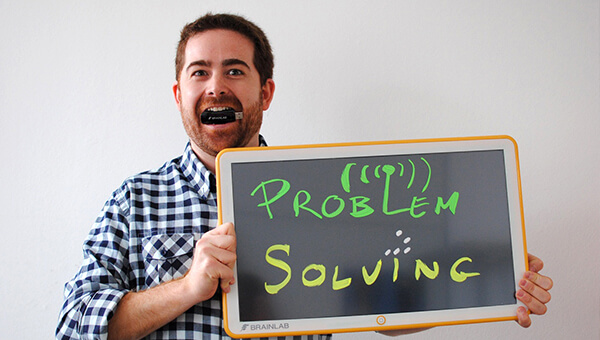 How large is your team?

I work in R&D Surgery, Team Services. The team consists of about 30 people, but I work in a specialist subgroup called the CENIT Team and we are 9 members specialized in different areas (electronics, computers, software, networks, etc.).

What do you usually do first when you get to the office?

I check my emails to see if there have been any issues with the R&D Test Network during the night.

Which project are you currently primarily working on?

I am involved in all platform development in R&D Surgery, as they all need network support. I also give occasional support to software teams and even other divisions. As an expert in a particular field, I am involved in the design and verification of the network components or network related configurations. In the last month, the platform that I mainly worked on was Curve, but I also had to spend a lot of time managing the R&D Test Network, as I am the main responsible for it.

How would you describe a regular day as a Network Specialist at Brainlab?

It is not easy to define a regular day. Since I have to work with several very different projects, the work changes every week and every day. I could say that in a regular day, I normally first check if there are issues with the R&D Test Network. This can take anywhere from several minutes to several hours, if something happened. It is also possible that we need to implement some improvements or requests in the network, so I have to plan a few hours during the week to do so. After that, I work on any of the projects with which I am involved. These tasks can involve some documentation work or testing of the platforms, depending on the development status of the project. During the day, I normally have to attend meetings regarding ongoing projects, new developments or consultancy meetings from other teams that need advice on network issues.

What are you currently working on?

This week I will be working on an upgrade to the R&D Network that we planned for the new R&D Area that is being built. I will also work on Curve and supporting a 4th level case.

Which has been your favorite project so far?

In less than two years at Brainlab, I have worked with four different platforms, I have rebuilt the R&D Network and I have made small contributions to many other projects. It would be very hard for me to pick only one. I think that the future platforms will be very challenging from the network point of view, and I will enjoy working on them.

What is the best aspect of being a Network Specialist at Brainlab?

You get in touch with many different people within the company and I get satisfaction when I am able to help them solve their problems.

What other divisions are you in contact with on a regular basis?

I work very closely with the platform team in R&D Surgery and very often with software teams within the same department. Due to the nature of my job, though, I have to work closely with IT and with Product Support. Eventually, I will also support other divisions such as MDE, Software Technology and Radiotherapy.

What motivates you to come to work every day?

Mostly, the atmosphere at Brainlab. I am lucky to work with my colleagues.

What did you do on your last vacation?

I visited friends and family in Spain!